Get tickets to MeFi Events' Book Week! Learn about books, publishing and the humanities. | It's all part of the ongoing fundraiser!

OK, it's been suggested before in passing, but I can't find an actual feature-request thread, so I'm going ahead and asking: When comments are deleted from a thread, can there be some residue, maybe an asterisk, maybe an icon, indicating that there used to be a comment at that point, so later non-deleted references to said comment aren't so confusing?
posted by soyjoy to Feature Requests at 9:32 AM (20 comments total)
Open questions include: Should any of the comment remain visible (a la the strikeout proposal) and should whatever's left identify whose comment it was? I don't think either of these options are desirable/necessary, but someone else might.
posted by soyjoy at 9:32 AM on September 2, 2003

Relevant comments: Using strikeout would make it pointless to delete the comment in the first place, as you could still read it, and soyjoy's own observation:

For a lot of people who get their comments deleted, I have a feeling being "officially deprecated" would just be another feather in their cap. Wanting to know exactly what the comment was is just idle curiosity and doesn't need to be satisfited; but knowing that there was a comment from a specific person at a specific spot in the thread seems to me a valid need worth addressing.

Yeah, that kind of contradicts what I just said above about identifying the commenter not being necessary. I don't think it would hurt, but I think this feature would be a lot easier to code without it.
posted by soyjoy at 10:13 AM on September 2, 2003

What's wrong with offtopic / obscene / offensive comments just being deleted? I can see how it might make some threads a bit hard to read, but that's what happens.

How about we have some sort of reverse-gold-star thing? For every comment that you write that gets deleted, the color of your comments fades towards the background color by one increment.

Given that mathowie can edit comments as well as delete them (or maybe I assume too much?), it would only be insignificantly more trouble to replace the comment text with *comment deleted* and this would serve the purpose of removing the offending comment from sensitive eyes, but still retain the context of the argument discussion.
posted by dg at 4:13 PM on September 2, 2003

I think that just replacing the text of the comment with a * or [[deleted]] would be adding more of a burden on our already overburdened host.
posted by crunchland at 4:34 PM on September 2, 2003

That's okay, crunchland. I volunteer my services to be the one who decides which comments get deleted. With great power comes absolving of responsibility. . .
posted by Jimbob at 4:54 PM on September 2, 2003

I know! I know!! Instead of deleting comments, translate them into pig latin. Nothing can be offensive in pig latin.
posted by timeistight at 5:08 PM on September 2, 2003

How about a preference option to have it translated into mock swedish, Klingon, or pig latin?
posted by weston at 6:29 PM on September 2, 2003

dg: Given that mathowie can edit comments as well as delete them (or maybe I assume too much?), it would only be insignificantly more trouble to replace the comment text with *comment deleted* and this would serve the purpose of removing the offending comment from sensitive eyes, but still retain the context of the argument discussion.

crunchland: I think that just replacing the text of the comment with a * or [[deleted]] would be adding more of a burden on our already overburdened host.

That's why I would suggest leaving the attribution of the comment out of the picture. If Matt just replaced the text of the comment with "deleted" or whatever, the comment would still be attributed, would show up on the user's list of comments, etc. which is apparently not what Matt wants. Instead I'm suggesting a simple script attached to the deletion of the comment that would insert in its place a standard visual cue, whether text or image, so that in the act of deleting, Matt would have no more work to do than now. Of course, the code for this would have to be written, but that's the whole point of the feature request, now, isn't it?
posted by soyjoy at 8:30 PM on September 2, 2003

This is only really a problem in threads that have large, or many, comments deleted. Those're the only times when a deleted comment makes me lose context for the thread. I mean, I can't think of the number of times I've heard of a snarky first comment has being deleted, and 99% of the readers are none the wiser.

Usually, one of three things happen: Matt just scraps the whole thread, there's already a MeTa thread started about exactly the comment in question, or Matt posts and his own explanation in the original thread.

Having some sort of standardized comment-deleted text seems like it would just invite "hey, somebody tell me what quonsar said there," and be a ready-made thread derail.
posted by Yelling At Nothing at 9:51 PM on September 2, 2003 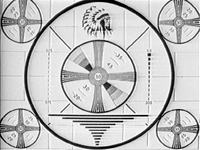 Hey, somebody tell me what quonsar said there.
posted by languagehat at 7:12 AM on September 3, 2003

Yelling, I don't know if you read the thread where this came up most recently, or more specifically my comment on how the absence created the exact opposite impression for Matt's comment (among others), but either way, your worst-case scenario for what would go wrong is exactly what already happens, only with a lot more confusion and inexactitude before people figure out how many comments were deleted and where they were. I don't really see the downside.
posted by soyjoy at 10:12 AM on September 3, 2003

I saw the same homeless man twice today in different parts of the city, that usually means Matt changed something in a thread.

Skallas, was this the homeless guy you saw?